Making the UK greener, one house at a time
Media &
Testimonials

Are Gas Boilers Being Phased out?

Gas boilers in the UK are to be phased out but when this will happen is still unclear. The UK government has been pressing on the ban of gas boilers in order to be aligned with the ambitious plan of achieving Net Zero by 2050.

Decarbonising UK homes poses to be one of the biggest challenges especially with millions of houses that need to be retrofitted with low carbon technologies.

Gas boilers and other fossil fuels being major barriers to achieving Net Zero, it’s only a natural step to phase them out, not only by banning them in newly built homes, but also eventually discontinuing the sale of these boilers.

Latest from the UK government:

The UK government has announced its plan to decarbonise the nation through the Heat and Buildings Strategy. £5000 government grants will be given to households as part of the Boiler Upgrade Scheme to promote clean heat from low carbon technologies such as heat pumps.

The scheme will run for 3 years starting April 2022, and the government has set aside £450million under this scheme.

When Will Gas Boilers Be Banned?

It is still unclear as to when gas boilers will be banned as there have been several consultations on the subject already. The first phase of the gas boiler ban will apply to all newly built homes, where they will not be able to connect to a gas network and will have to install low carbon heating measures.

Eventually there will be a ban on all gas boilers that are sold. There is news that states that the start of the ban can be extended, keeping in mind the challenges of millions of existing homes that need to make big changes in order to switch to low carbon systems. 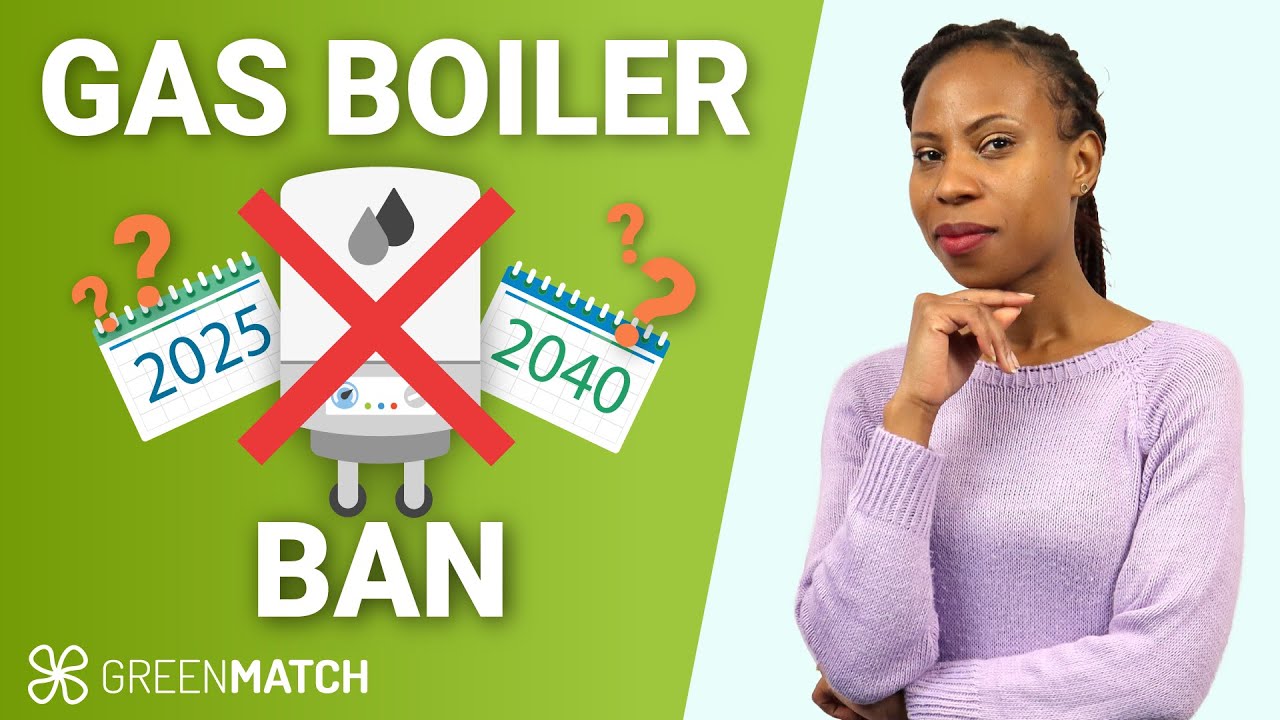 As part of the Future Homes Standard, new homes will only be able to install energy efficient heating systems and will produce 31% lower emissions compared to the current levels. The standard will come into effect in 2025.

The International Energy Agency, in their latest special report, stresses that no new gas boilers should be sold after 2025 if Net Zero targets need to be achieved by 2050. Heat pumps are expected to be a better, low-carbon alternative to heating homes in the foreseeable future.

The ban on sale of new gas boilers was initially set to take effect in 2035. However, reportedly this could get extended after the backlash from homes that cannot afford to make a switch. Climate experts warn that this delay could make it “unthinkable” to achieve net zero targets.

There have been some insider indications from the government that the phasing out of the gas boiler plan could be well postponed to 2040, after receiving some backlash that the low carbon alternatives may not be affordable to all.

Why Will Gas Boilers Be Banned?

Based on a report from the National Housing Federation, it is stated that homes in England contribute more to carbon emissions than cars. The research by NHF says that 25 million homes produce 58.5 million tonnes of CO2 every year, which is equal to the emissions of 28 million cars. There are 27 million cars in England that emit 56 million tonnes of CO2 every year. This is an indication that there's a need for a strong plan in order to reduce greenhouse gas emissions contributed by households.

The UK government, as announced in April 2021, will set the most ambitious target to reduce emissions by 78% by 2035 compared to the 1990 levels. These targets show that the economy is serious about achieving Net Zero through and will highlight the way to low carbon and renewable technologies to produce heating and electricity. However, new homes will not be able to install gas boilers from 2025 as per the new government standards.

What Will Replace Gas Boilers?

The UK government has been encouraging low carbon alternatives while talking about phasing out fossil fuels. There are greener alternatives to source heat that produce much lower emissions as compared to typical gas boilers.

Although replacing a gas boiler with a low carbon technology like heat pump can save a four bedroom house up to £1,300 annually on their heating bills, people need to be incentivised to bear the upfront costs of installing the pumps.

It is expected that the publication of Heat and Buildings Strategy will be released in September 2021, after a long delay. This strategy aims to create a roadmap to execute the government’s 10-point plan for a green industrial revolution. The main aim would be to enable and incentivise homes to switch to low carbon alternatives.

Some of the options you can consider as alternatives to gas boilers are heat pumps, both air source and ground source, and in some cases biomass boilers may be more suitable if your property is not suited to properly install a heat pump.

Air source heat pumps provide efficient heating and cooling for both space heating and hot water systems. They cost anywhere from £8,000 - £18,000 for installing the system. Though the upfront cost is fairly high, they have low running and maintenance costs which will eventually decrease your annual energy bills. Read more about the pros and cons of an air source heat pump.

Ground source heat pumps are best suited for newly built homes where you have the scope for designing the layout and plan for installing these systems which can take significant space. They’re virtually silent and will not decrease in efficiency even in the colder months, because they source heat from the ground which has a stable temperature. If you're planning a new build you can weigh your options by considering ground source heat pump costs.

Biomass boilers are generally a cheaper option than oil-fired or gas boilers. They’re much better than gas boilers in their environmental impact and fuel costs. They’re the best alternative for properties where heat pumps may not be the right fit.

The future of heating homes in the UK will see an emphasis on heat pumps and other low carbon systems in order to move close to Net Zero targets by mid century. With new government grants like the Clean Heat Grant, people will be able to afford heat pumps and the difference from a gas boiler cost would not be significant. This grant is expected to replace the RHI which is available until March 2022.

Recent Changes to the RHI Scheme

On 1 April 2021, changes to the RHI scheme have come into force. Applicants who commissioned their eligible heating system on or after 1 March 2019 can now apply for accreditation to the RHI scheme.

Applications that have been unable to comply with the 12-month submission rule can now re-apply until the scheme ends on 31 March 2022.

Will I Have to Replace My Gas Boiler after 2025?

Newly built homes can expect to install low carbon heating technologies from 2025 when the Future Homes Standard will come into effect. As for the existing homes, it is a bigger challenge to be retrofitted with heat pumps or biomass boilers.

Though you will not have to get rid of your existing gas boiler, it is recommended to weigh your options and invest in greener alternatives when the time comes to replace your existing boiler. For newly built homes, it is best to keep an eye out for schemes and grants that can help decrease the cost of heat pumps and other renewable technologies.

Is It Worth Getting a New Gas Boiler?

Given that the future for gas boilers is not too bright, it is best to switch to low carbon alternatives for heating your home. Unless you’re building a new home, the gas boiler ban should not affect you going forward.

There will, however, come a time when you may have to replace your boiler after its lifespan. You can then compare different boiler costs and weigh your option, you can also choose to look at alternatives available for your property. Not all homes in the UK are suited to fit heat pumps as they’re not well insulated and do not have large enough heaters.

We can also expect grants and incentives in the future that will slowly phase out the popularity of gas boilers as people make the transition to low carbon heating systems.