Learn More about Green Energy in the UK

The UK has set ambitious expectations for renewable energy production, specifically, it expects at least 12% of its energy to come from renewable sources by 2020. In 2010, approximately 3,3% of its energy came from sustainable resources. Power generated from tapping into the heat deep under the surface of the Earth could produce up to a fifth of the UK’s electricity and heat millions of homes. Geothermal energy can be exploited across the UK from ‘hotspots’ situated in Cornwall, East Yorkshire, Hampshire, Northern Ireland and Scotland. With correct infrastructure, geothermal power could be used to heat up British homes everywhere by delivering the heat to where it is needed.

The geothermal resources identified in Cornwall most likely possess all the characteristics that would enable an application of engineered geothermal systems techniques (EGS). Eden Deep Geothermal Plant is collaboration between EGS Energy’s team and Eden Project. The basic working principle of EGS is to access the high temperature available at depth and generate electricity. Renewable electricity produced this way is clean and cost cheaper then coal. Prior to establishing the initial EGS Plant an analysis of geological data has been taken in order to select sites and develop plans. The Eden Project proposes to build the UK’s first geothermal power plant that will generate both heat and electricity. With the expected ability to generate around 95% of the time, plant should produce enough electricity to supply Eden and thousands of households nearby. It is planned that energy will be delivered by 2105, but success of the scheme depends on several factors such as planning permission, drilling availability and progress.

What Is the Eden Deep Geothermal Plant?

The Eden Deep Geothermal Plant will consist of two boreholes driven around 4 kilometres into the ground beneath Eden. Since the rock at that depth can reach between 180 and 190°C it is expected that injected water will be returned to the surface at around 185°C. Heated water will be used to generate electricity and will then be returned to the injection borehole. Efficiency of the plant will be about 70% because 30% of its power will go back into pumping water around the system. The plant will cover an area about the size of a rugby pitch. What makes Eden plant more efficient than other sources of renewable energy is its ability to run 24 hours a day for over 300 days a year. 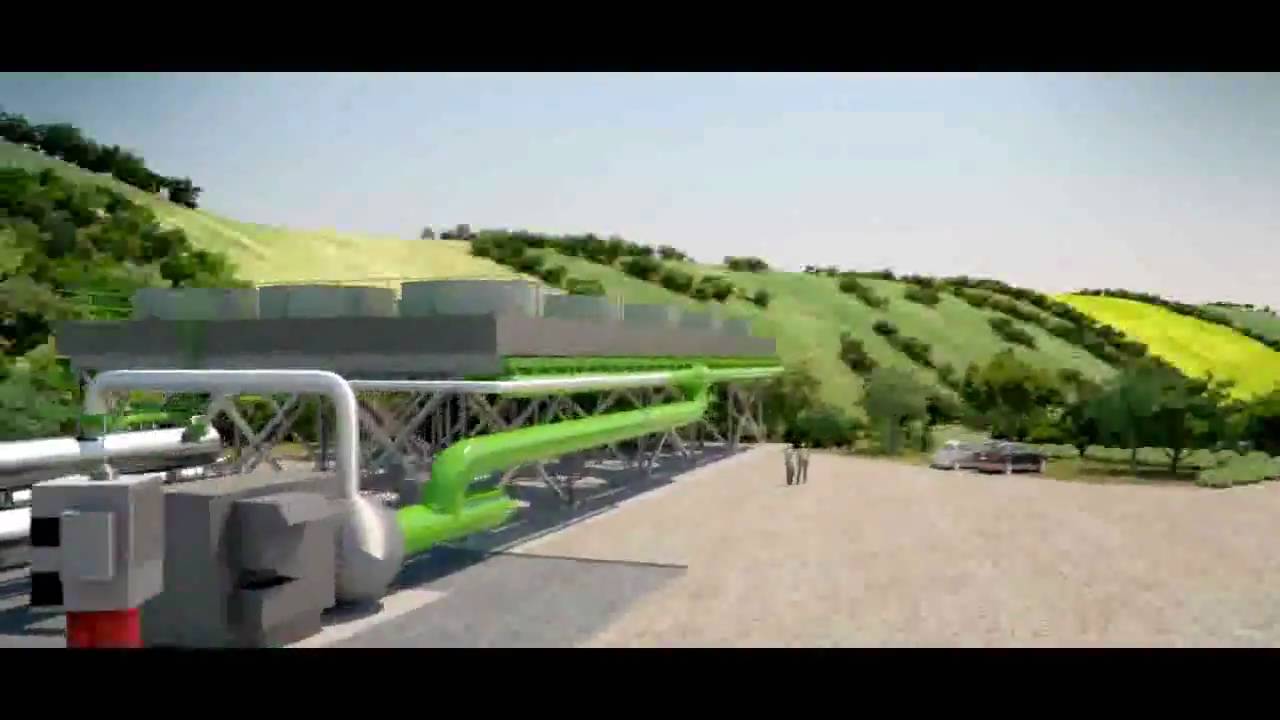 Geothermal energy plants are often located in the region with existing volcanic activity. Despite the fact that UK is not actively volcanic, there are still resources of geothermal energy at shallow depths. Heat generated in this way can significantly  reduce heating bills and  lower carbon footprint. As ground temperature is not influenced by shift of the seasons it tends to remain stable all year around. The temperature difference can be exploited by ground source heat pumps and used to heat or cool homes and office buildings.

Some regions in UK contains rock at depth that are hotter than expected. This often occurs in granitic areas where the granite generates internal heat through the radioactive decay of naturally occurring elements. Although granites have almost no free flowing water, engineers have found the solution in the form of fracture system where water can be made to flow from one boreal to another through the granite. The extracted water is heated to adequately high temperature to drive an electricity-generating turbine.

In the UK approximately 20 sites have been identified as suitable deep geothermal and most of them are in Cornwall. This area containsgranite outcrops positioned only 4 km under the surface making the region ideal for geothermal energy exploitation.

Looking into the Future

A several areas in the UK could have the natural resources to benefit, including Cheshire, East Yorkshire, Worcestershire, Wessex, Cornwall, East Grampians and Northern Ireland. Plans include renowned drilling and exploitation of potential geothermal sources in order to help UK to secure energy supplies and provide jobs and investments.

Geothermal heating is one of the most popular options for people in the UK who want to make their homes more environmentally friendly. In addition, by using ground source heat pump for residential heating, homeowners can save a significant amount of money over the time.

Worldwide, global capacity of geothermal power stands at 11GW with the largest capacity in the USA, Italy, Mexico, Indonesia and Philippines. With the increase of the investments and interest, geothermal generation can rise to 200 GW by 2050.